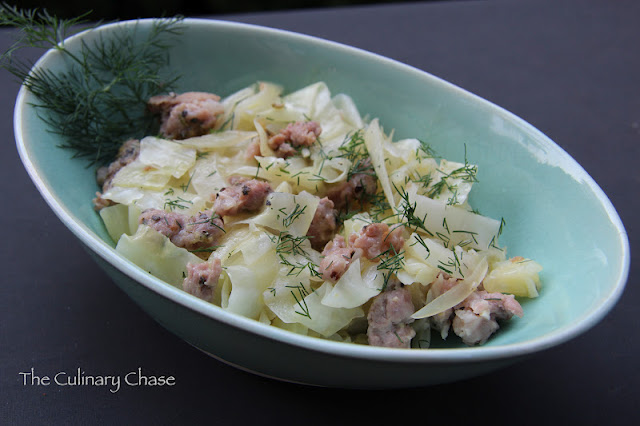 Good food begins in the field.  If ever there was a truism that reflects the philosophy and flavors of the Greek country kitchen, that would be it.   Diane Kochilas

I had been reminded of our trip to Greece (3 years ago) via long-time friend and fellow food blogger Michelle with her postings on her recent trip there.  And from there my Greek-Canadian food blogging friend Peter had posted a Greek cookbook on his site.  Were the Greek culinary gods trying to tell me something? I took this as a sign to buy it.  The Country Cooking of Greece had only been released one day before I ordered it from Amazon.  I was in Nova Scotia at the time and the book was awaiting me when I got back.

Wow, what a beautiful book and the recipes I’ve tried thus far (6 and counting) have been mouth-wateringly delicious!  Peter posted a link on his Facebook page saying there was a learn it live session with Diane on the 2nd October at 6:00pm.  Intrigued, I signed up and at 6 o’clock I listened to Diane speak passionately about her heritage and cookbook.  Although not able to ask her questions vocally, those who signed in were able to type a question to which she would answer along the way.  Her talk was the perfect touch for her book.  Stay tuned as I have more of her recipes to share with you.

Serves 4 (side dish)
adapted from The Country Cooking of Greece

In a medium, heavy frying pan over low heat, cook the sausage meat until lightly browned.  Remove and set aside.

Heat the olive oil over medium heat in a large, wide pot and sauté cabbage, fennel, and garlic, stirring occasionally, 5 to 6 minutes or until cabbage wilts and reduces to half its original volume. Add the ouzo and season with salt and pepper.  Cover the pot, reduce heat to low, and simmer the cabbage for 15 minutes.  Add the lightly browned sausage meat to the cabbage mixture. 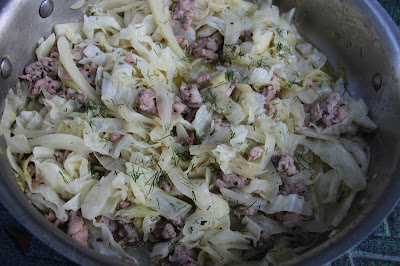 Whisk together the lemon zest, juice and flour.  Stir this mixture into the pot and simmer for a further 7 minutes.  Add chopped dill and serve immediately.

The Culinary Chase’s Note:  This was an amazing dish full of aromatics and one that I will make again and again!  Plan to do a taste test with one lemon as I found that’s all I needed.  Enjoy!