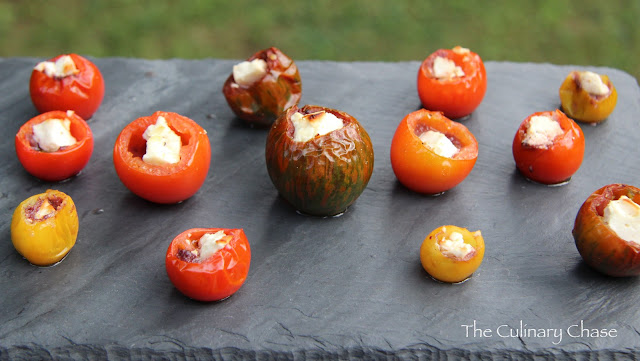 Local farm-fresh produce is on the grocery shelves and I love it!  With Fall on our doorstep, this has to be my favorite time of year.  I was in the city yesterday and just had to stop by Union Square Greenmarket (Flatiron District) to get my fill of local.  This place is always busy no matter what time of day it is. I really wanted to buy a bunch of things but held back because I knew that if I did whatever was in the fridge would be pushed to the back and eventually go off.  And, I was only in the city for two reasons:  coffee with hubby and to buy Broadway tickets.   I bought an apple (tart and juicy) and was happy to soak up the atmosphere at the market.  It’s the little things that make me tick.

I had these heirloom tomatoes sitting in the refrigerator and couldn’t decide what to do with them.  Sure, I could toss them into a salad or roast them and then I saw the tub of Greek feta which hadn’t been opened along with some tapenade I made on Friday.  Cooking dilemma solved…I would stuff the tomatoes and broil them.  Easy peasy! 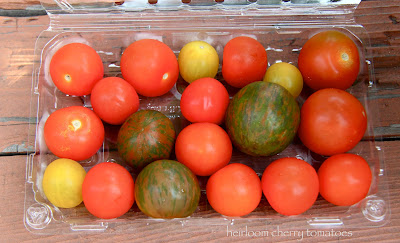 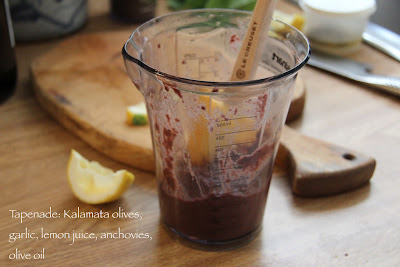 Turn broiler on and place the rack so that the tomatoes are four or so inches away from heat (you don’t want them to burn).  Using a sharp knife, slice off a bit of the top of the tomatoes and then gently core the inside.  Add a 1/4 teaspoon tapenade or more depending on size of tomato followed by a piece of feta.  You may want to slice a thin layer off the bottom of the tomato – but not too deep – so that they stay upright.  Place on a cooking sheet and broil in the oven 4 to 5 minutes or until tomatoes start to shrivel and cheese starts to lightly brown and soften.  Remove and let cool a few minutes before serving.  Drizzle with a bit of olive oil.