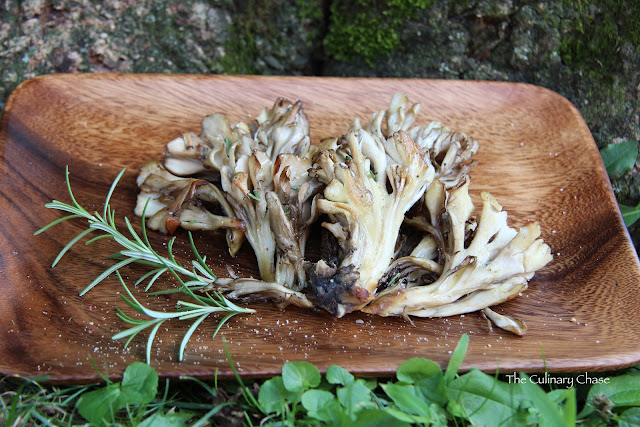 Last Sunday after church John and I strolled around the Upper West Side of Broadway to explore the area.  We were searching for a place to eat lunch when I spotted the Columbia Greenmarket.  The Greenmarkets of NYC are the creation of GrowNYC which began in 1970 (born on the first earth day).  Their markets provide locally-grown produce where residents not only get to meet the farmers but have the opportunity to view a cooking demonstration or take a tour with a chef and learn about local agriculture.   GrowNYC has over 65 greenmarkets and are in Manhattan, Brooklyn, Queens, Staten Island, and the Bronx.  The first time we ever visited a GrowNYC greenmarket was in March at the Inwood location.  It’s open on Saturdays, all year-round. 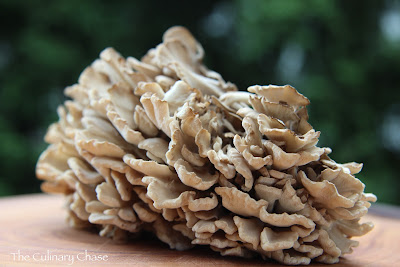 After browsing and chatting to the vendors from the street market, I spotted maitake mushrooms (aka hen-of-the-woods, ram’s head and sheep’s head) from Madura Farms mushroom stand.  We spoke to the young man attending the stand and his enthusiasm for mushrooms was amazing!  He spoke passionately about the farming of mushrooms and how to prepare them.  We eagerly tried a sample or two and decided to buy a 1/4 pound chunk of maitake.  Native to the mountains of northeastern Japan, it is found at the base of oak trees but can be found under other trees such as maple or elm.  The maitake mushroom can grow to a few feet across and weigh as much as 18 to 23kg (39 to 50 lbs.)! 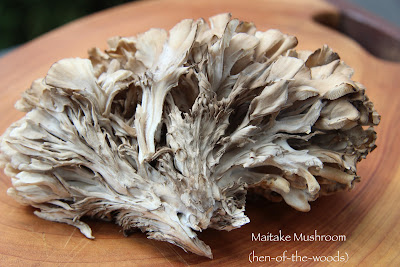 Gently wipe off with paper towel any dirt on the mushrooms and separate bite-size pieces for grilling.  Place on tin foil and season with salt and pepper with a splash of olive oil.  Sprinkle with chopped rosemary.  Cook over medium heat 5 to 8 minutes, turning once, until done to your liking.  Remove from heat and serve as is.

The Culinary Chase’s Note:  I was told that these mushrooms freeze well for future use.  They can be stir-fried, baked, sautéed, stuffed, or made into a tea.  This recipe is super easy and the slight earthy flavors of the mushrooms are scrumptious.  Eat with your fingers, it’s that good.  Enjoy!