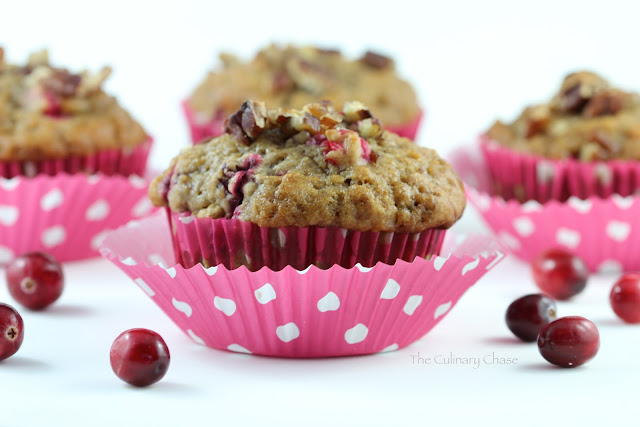 While baking these beauties, I pondered where do you draw the line between a muffin and a cupcake?  While a muffin might be considered healthier than a cupcake, once you start adding ingredients such as chocolate and streusel-like toppings or glazes it starts to resemble a cupcake.  And, when you use cupcake liners for muffins (ahem) then the muffin doesn’t know what it wants to be!  Whatever the case, these are good.

According to Food Timeline, “Muffin…a term connected with moufflet, an old French word applied to bread, meaning soft. The word muffin first appeared in print in the early 18th century, and recipes began to be published in the middle of the 18th century. Muffins were most popular during the 19th century, when muffin men traversed the town streets at teatime, ringing their bells.” 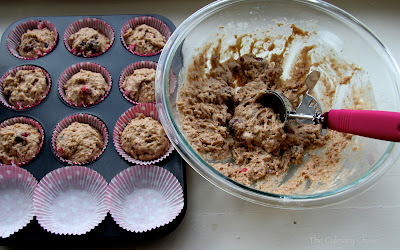 Spoon batter into 18 muffin cups coated with cooking spray. Sprinkle tops with remaining 1/4 cup pecans and turbinado sugar. Bake muffins at 375° for 18 minutes or until a wooden pick inserted in center comes out clean. Cool in pans for 5 minutes on a wire rack, and remove from pans. 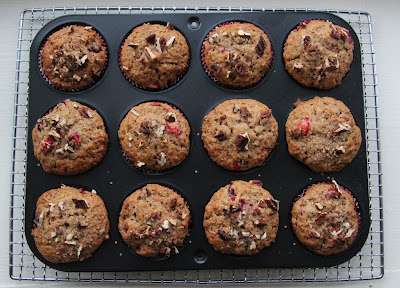 The Culinary Chase’s Note:  The kitchen was delicately scented with the aromas of the spices as the muffins baked.  Bliss!