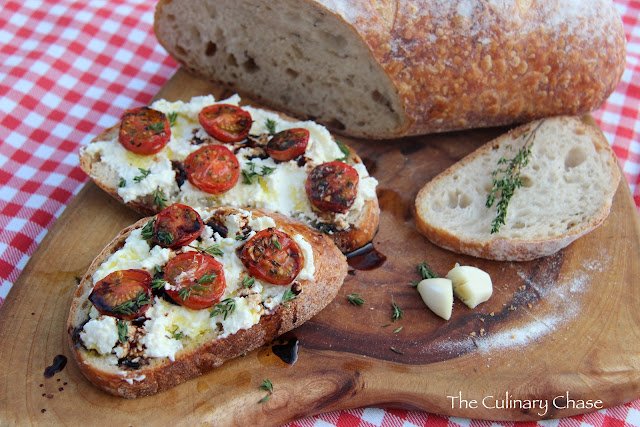 I don’t know what’s prompted this or maybe it’s just because I haven’t been aware of it but it would appear there’s a homemade cheese revival happening.  Recently I stumbled across a company by the name of Urban Cheesecraft where they sell cheese making kits which can be found online and in some grocery and specialty shops around New York.  It seems food magazines are also giving home made cheese a shout, too.  I picked up the March Chatelaine issue and lo and behold, a recipe for homemade ricotta!  I think it was a sign for me to make my own ricotta after having seen something similar in about four other food magazines.  The recipe also showed various ways to use ricotta of which I made two – the crostini (recipe below) and ricotta dumplings (to be posted).  It’s super easy to make and if you like it the first time, I’m sure you’ll love it again and again! 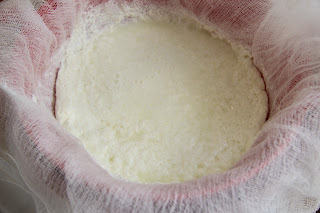 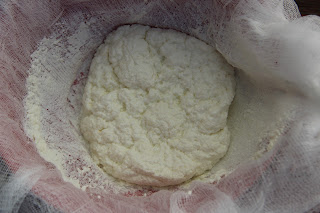 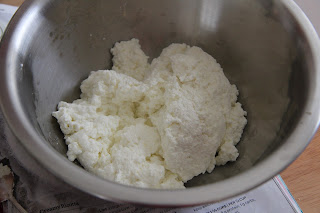 TO MAKE THE RICOTTA: Line a large fine-mesh metal strainer with a triple layer of cheesecloth large enough to hang over the edges. Set over an 8-cup measuring cup. Pour milk into a large, very wide saucepan and heat over high. Stir often until milk becomes steamy and frothy around the edges or reads 185f on a thermometer, about 8 min. Turn off heat. Stir in lemon juice and salt. Let stand until the liquid turns a yellowish color and milky-white curds float to the surface, about 2 minutes. Gradually pour mixture into the prepared strainer. Let sit, stirring curds very gently once or twice, until about 7 cups of liquid has drained off, about 5 minutes. Discard liquid. Transfer cheese into a bowl. Refrigerate until chilled. Just before using, stir in cream. Ricotta will keep well, refrigerated, up to 1 week. 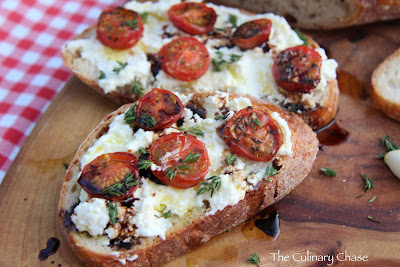 To make the crostini, preheat oven to 200c (425f). Toss tomatoes with olive oil, thyme and season with salt and pepper. Roast on a baking sheet for 15 minutes. Grill or toast baguette slices and take a garlic (cut in half) and rub all over the warmed bread slices. Spread creamy ricotta generously on the baguette slices, top with tomatoes and drizzle with balsamic vinegar.

The Culinary Chase’s Note:  I am a cheese goddess!  Not really but the results were very impressive!  And, needless to say,  I will be making more of homemade ricotta.  Yum!